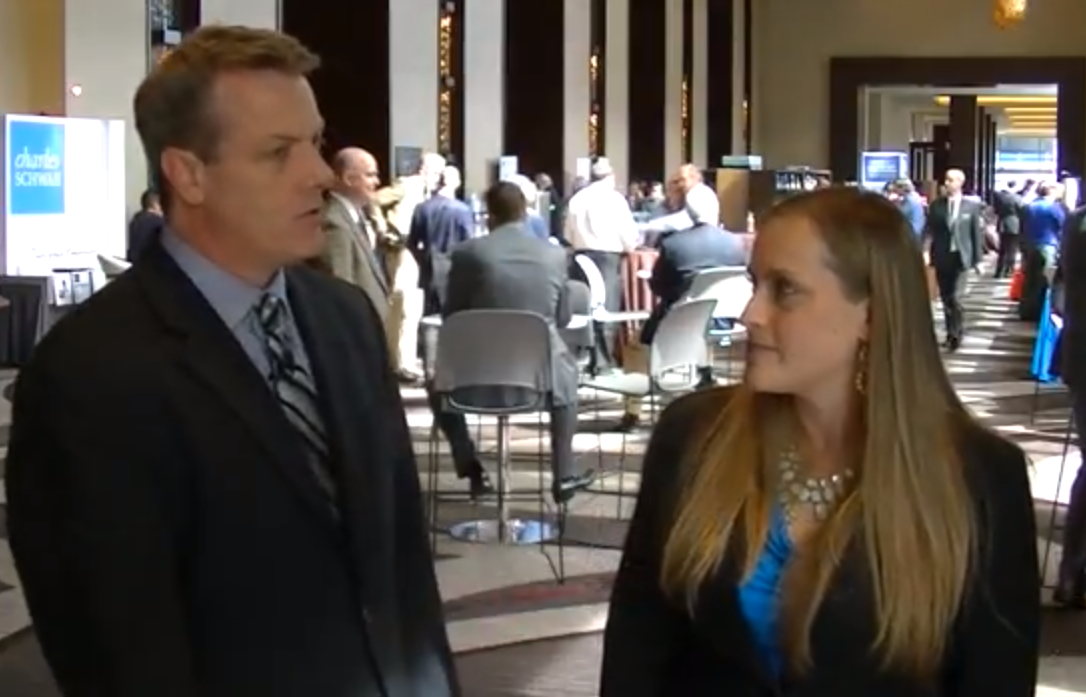 Victory’s President, Ashley Rosser talks with the editor of the 401k Specialist about how to encourage employees to start saving for retirement early.

Comments Off on Victory’s President, Ashley Rosser talks with the editor of the 401k Specialist about how to encourage employees to start saving for retirement early. 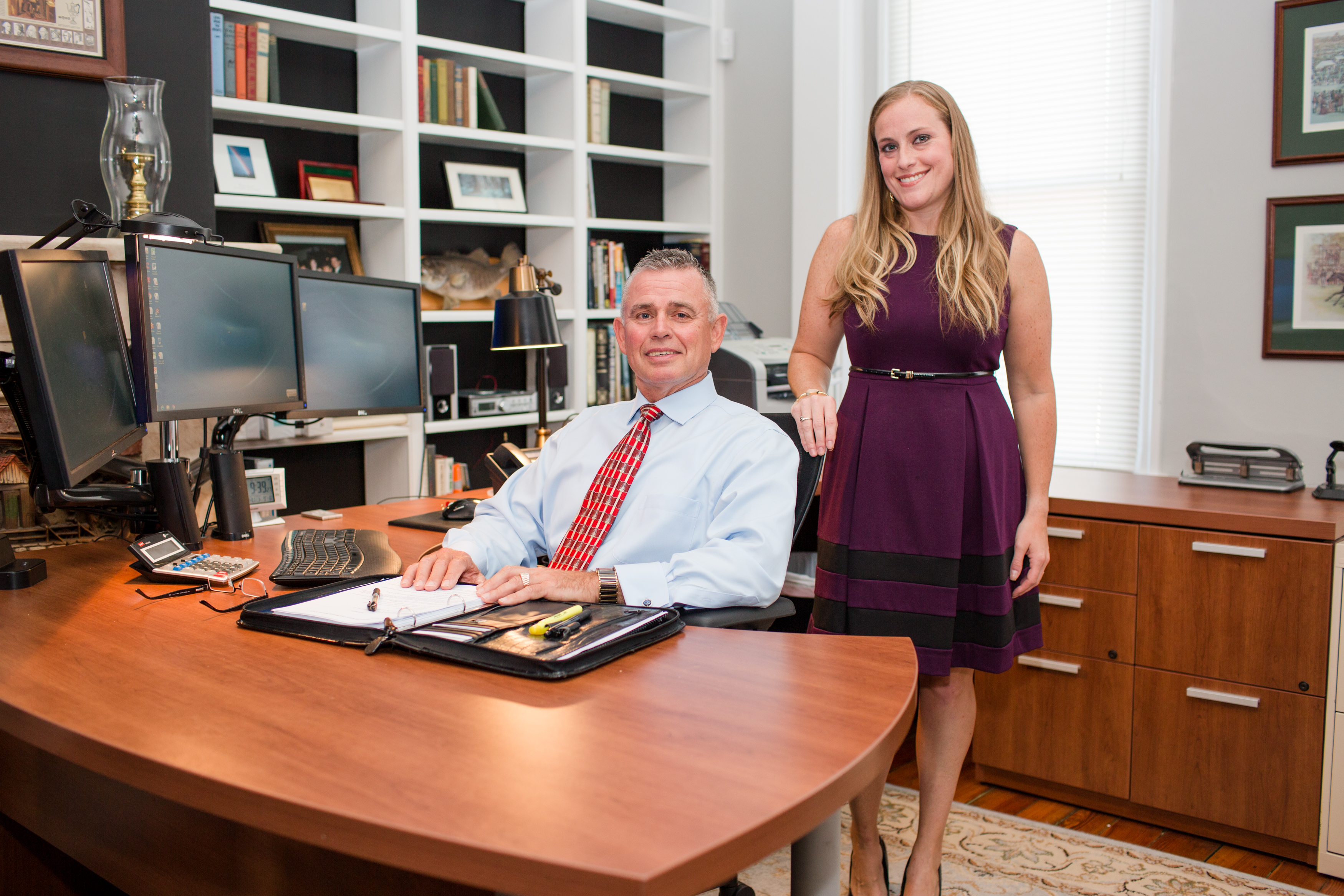 The cobbler’s children have no shoes—it’s cliché but apropos when discussing advisor succession planning for their practices. An industry dedicated to diligent planning for others fails to do so for itself. How does it specifically work in the 401(k) space? These business partners with familial ties shed light.

Would you be ready for this phone call? “Hi Dad, it’s Ashley…I know this is really random and I totally understand if you say no. I was wondering if maybe I could come into the office sometime and learn more about the business.”

In the fall of 2009, my daughter made that call, which dramatically changed the course of my family’s life.

Her career for the prior decade was as a registered nurse, serving in a large pediatric hospital in their level-one trauma center. She genuinely liked what she did and was good at it. However, she kept having thoughts about joining me, a business owner since before she was born.

Growing up, however, she never really thought of the business as something she wanted. Like most kids and business, Ashley imagined it dreadfully boring. She absolutely hated math and could not envision sitting at a desk performing complicated calculations. Plus, she saw that I worked long hours, especially when she was young. She remembers when I coached her softball team in a dress shirt, tie and sneakers, not having time to change before the game. To this day, she can’t really say what prompted her to make the call. She just knew she wanted to learn more.

I started my financial planning practice in 1978, right out of college and newly married. My first office was a closet I converted to a workspace in our one-bedroom apartment. I grew a mustache because I thought it made me look older.

Fortunately, through hard work and perseverance, the practice grew. In 1995, we converted the private wealth management division to fee-only. We severed our relationship with our broker-dealer and established Victory Asset Management Co. an independent RIA firm. In October of 2000, Victory hit the $100 million AUM mark. In 2005, I repositioned the practice to develop a proficiency in compliance consulting for 401(k) plans.

I always wanted my three daughters to chase their passions, but in the back of my mind, I privately hoped that at least one would get involved in the practice.

This set the stage for that career-changing phone call. That three-minute call changed my practice, legacy, and motivation to grow the business. It’s hard to express my emotions when my oldest daughter called to ask what I thought about her joining the firm. We laugh now, but there was a 20-second period of silence as I processed what I heard. It was the most rewarding day of my professional career. I shed tears of joy at a national conference I was attending in the midst of over 4,000 advisors and vendors. My private wish was becoming a public reality.

Ashley and I immediately brainstormed about how to create this new working relationship. I made certain my wife of over 35 years, Peggie, was involved in our big picture discussions so as to gain her perspective and support. Peggie has been my strongest personal and professional supporter, and I wanted to make certain she understood and was on board with our strategy, as the decisions would have a direct financial impact on our retirement plans.

Since I was no longer concerned about an outside sale, we focused on an internal succession strategy. I made a few phone calls to peers who had children in their practices. I quickly identified issues of concern.

There were notable differences between the founding parent and their incoming children. The issues stemmed primarily in differences in work ethics, style, and client confidence which was ultimately affecting client integration. Certain clients only wanted to work with the founders. I already knew Ashley had a great work ethic, good disposition, outgoing personality and a sincere desire to help people. I felt confident that once she proved her professional competence, everything else would fall into place. We identified the type of training, licenses, accreditations and mentoring that would be necessary to assure a great client integration.

Valuing the business proved challenging, but we eventually decided to use a multiplier of revenues, then discounted, because I knew I was going to receive future income (and because Ashley was my daughter).

Ashley agreed to take a more modest salary and utilize sweat equity in exchange for purchasing company stock, which I gifted her as well. The plan is for her to receive a total of 10 percent of the company stock each year over the next 10 years.

Victory is an S-Corp, and all of our stock is in voting shares. We considered providing a minority discount for stock transfers, as well as changing some of the voting shares to non-voting shares, but decided against it as to not complicate it further.

The main disadvantage for just gifting the stock was that Ashley would have to wait for my death to receive a step up in cost basis if she decided to sell the business.

At the end of the 10-year stock transfer, the business will pay either myself or my estate an income for 10 years. Once we valued the business, we had a stock redemption agreement created and funded it with term insurance. We also purchased key-man life insurance on me. I wanted to make certain Ashley could hire the right type of professionals while she was still learning the business if I died early into the transition.

Around this time, I thought it appropriate to update my estate plan, which was created 15 years earlier. Our net worth had changed, additional properties were purchased and I wanted to make it clear how the estate was going to factor into Ashley’s eventual acquisition of the practice.

It was also a good time to give the practice a facelift and to upgrade our technology. I thought better technology and software programs could increase proficiency, plus I didn’t want Ashley to have to endure my “old school” practices.

The first step was a name change to Victory Asset Management Co. DBA Victory Fiduciary Consulting. The new name was more indicative of our business model. In addition, we would not have to set up a new RIA firm, just make a name change with the SEC.

We then upgraded our server and workstations. We changed our client management and servicing software, and upgraded our retirement planning software. Victory’s website and marketing materials were also dated. We completely rebranded the company and created a new website and capabilities brochures. Ashley played a key role in all the decision-making so she could take ownership. The rebranding was costly but necessary. We sent out several press releases touting our changes.

Our training and mentoring program was quite simple. I showed Ashley how I conducted certain tasks and she watched. On certain tasks, we had written procedures. The next time that task needed to be completed, Ashley would complete the task as I watched and when necessary, provided critiques.

If procedures were written, it was a great opportunity to see if they needed to be updated. We both had our own styles, but the end result seems to be the same.

Implementation was probably the hardest phase for Ashley. After passing her Series 65 exam and earning an insurance license, and my confidence, it was time to introduce her to clients. Plan sponsors, 401(k) participants and our clients had never dealt with anyone other than me, and some of our support staff.

This was a crucial step in the process. Clients had to begin to see Ashley as a competent owner. The only way for this to happen was to have her act in that capacity. We did this in steps. Ashley had been attending meetings and conferences for two years. I would always be present and Ashley would listen and interject comments. It was now time for Ashley to be the presenter and for me to sit back.

She began to take a more active role in client meetings, but I was always there to act as a backup and provide critical analysis after the meeting. She began to gain both the confidence and trust of our clients. Ashley led meetings and calls, and the transition was smooth. She was already a familiar face and voice to most clients, so it seemed very natural.

Eventually, calls began going directly to Ashley. I stopped being copied on most emails. Even though our clients knew I’d not left the practice, reaching out to Ashley became the normal practice for most clients.

Several senior managers even went as far as saying they not only felt comfortable with Ashley taking over the practice but that it also provided them future assurance of our formal succession plan. In August 2016, Ashley was promoted to president while I still retain the title as CEO. This helped recognize her ownership position.

I am a little over seven years from formally retiring from the practice, though I cannot imagine not being involved in some way. I have the freedom to take longer vacations, but I do not anticipate full retirement anytime soon. However, it’s increasingly satisfying to know that if something did happen to my health, I have a legacy that positively impacts my clients and family for generations to come. I also shaved the mustache because I thought it made me look younger.

Initially, the succession plan seemed daunting as we mapped all the necessary steps. In reality, it made me analyze the practice from an entirely different perspective. As a result, we made our practice upgrades much faster than we would under normal conditions, and it positioned us to be more competitive while offering a more robust value proposition.

Victory Fiduciary Consulting is a retirement planning firm in New Jersey that specializes in 401k compliance consulting. Victory first earned its CEFEX certification in 2007. Bud Verfaillie is an AIFA, PPC and CFP and Ashley Rosser is an AIF.

Comments Off on Family Ties That Bind 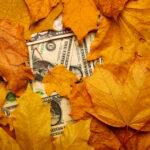 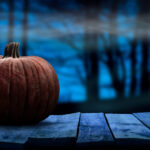 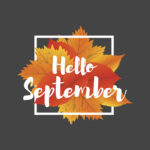 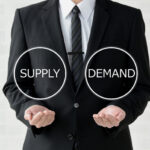